Everything we experience in life contributes to how our brain forms and grows. A variety of incidents and habits combine and result in long term implications that either positively or negatively affect the development of the brain.

With the help of modern technology, scientists now have the capability to better explore the changes that occur in brain function and cell structure as we humans transit from child to adult to aged. The discoveries currently being made in this field could eventually be the basis for new ways to improve brain health, as well as bring about a speedy diagnosis of brain disease.

From the moment of our birth all the way till death, our brain cells and the connections linking them undergo a constant change as they respond to factors from our environment and internal factors brought about by our physical well-being. With the availability of molecular and genetic tools, as well as imaging, researchers can identify the essential dissimilarities between the brain of a youth and that of an older adult. All the questions are yet to be answered, but more light is being shed, especially concerning how certain lifestyle choices influence a brain’s health over time.

The Aging of the Brain

As we go through life, our brain undergoes more changes than any other organ in our body. Its complex functions and structures keep modifying with various pathways and networks connecting and severing. A child’s brain during its earliest years of life, forms every second more than a million new neural connections. The frontal lobes which are responsible for functions like working memory, planning, and impulse control are some of the last sections of the brain to fully mature. For some people, this maturity isn’t reached till they reach 35 years of age.

As we get older, our physiology begins to gradually decline and the same decline applies to our brains. This is apparent in the little memory slips which we experience in our 20s but never pay much attention to until it worsens once we are past our 50s. But this isn’t necessarily a sign of ill-health and researchers from various field are still trying to get a firmer grasp of what about the brain alters over time to bring about such changes as we age.

What Exactly about the Brain Changes as we Age? 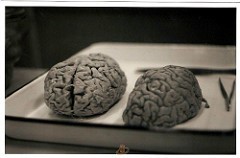 It is believed that as we transit from youth to aged, the following general changes will occur to the anatomy of the brain;

The more scientists are able to understand these factors and the difference between youths and the elderly, the more able they will be to suggest possible therapies to help prevent brain deterioration. 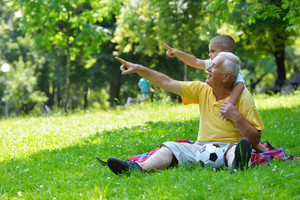 Certain factors have been recognised as elements that accelerate brain aging. Example of such factors include obesity which can fast track brain aging by up to 10 years. A high sugar diet can also increase the speed of brain aging and lead to having poorer episodic memory, as well as a smaller brain volume.

Fortunately, you can avoid these and other habits that contribute to brain deteriorations, and pick up habits that instead slow down brain aging. The brain boosting effects of these healthy habits are more pronounced if you start them in your youth rather than wait till you start noticing declines as you age. People who have less symptoms of decline in memory and cognition share the following characteristics:

Having experienced more of life, older individuals have a richer collection of memories and experiences to guide their choices. On the other hand, age isn’t necessarily a determinant of intelligence as a 15 year old can have a higher IQ than a 40 year old.

What diet is best to reduce effects of brain aging?

A low cholesterol diet, less processed food, and more fruits and vegetable can contribute a lot to aging with a healthy mind. A fish rich diet can also be beneficial because of the Omega-3 fatty acid component.

How much physical activity do older people need to keep brain healthy?

45 minutes of exercise a day can contribute a lot to keeping both the body and mind healthy. Sufficient sleep at night is also important.

Is there a difference between the brain of a teenager and someone in their 20s?

A teenager perceives things differently compared to how an adult does. Teenagers haven’t yet developed many of the nerve connections that connect their frontal lobe to other parts of their brain. This limits their ability to think ahead. Because their brains are wired differently, teenagers undergo a different decision making process.

Are there pills that help keep the brain healthy?

There are nootropics and other supplements that have been tested to be safe and capable of boosting brain function as one ages.