Neuroscientists seek to understand the mechanics of the brain, and to advance therapies for common neurodegenerative conditions and psychiatric disorders. To do this, they must examine complex brain functions at all levels of the living central nervous system (CNS).

However, for obvious reasons, it is impossible to use humans for this research, so the next best alternative is animals. By working under strict regulations legislated by the government and other health authorities, researchers use animals to investigate how diseases and their potential treatments impact the entire body. This is most especially for experimental techniques that are extremely hard- some cases, impossible- to replicate with different procedures.

In modern times, various interest groups have raised awareness against the use of animals for any scientific experiments, whether for medical or non-medical purposes. In the light of current medical advancements, it has become more necessary to explain why it is important to use animals.

Today’s medical advances come from a range of research material, from computer prototypes or cells to experiments involving humans or animals. Researchers depend on evidence gathered from animals such as ferrets to make inferences and push forward their theories.

However, there are specific guidelines set up by the Committee on Animal Research and Ethics for the ethical use of animals in experimental research.

Animals as a necessary model in experimental research

The brain is a highly complex organism, and animal models provide a way to study it in all its intricacies. Animals such as rats, octopuses and ferrets are currently common subjects in the investigation of healthy brain development.

The cerebral cortex, which is the outermost part of the brain with deep furrows and convoluted folds, forms itself in early development; the brain cells move to the cortex from their birthplace, arranging themselves into layers necessary for normal brain function, and establishing links with other cells further away from the cortex and as far as the bottom of the spinal cord.

During migration, it is possible for things to go wrong, and sometimes they do. Some scientists are trying to trace the path of the brain cells migration in this early stage, to see where things go wrong, how neurological disorders are formed and how to find a possible solution to prevent it.

Such experiments cannot be carried out in cells or on humans for that matter. But animal models, such as ferrets, are providing a more enlightening opportunity to make the study of this migration possible. 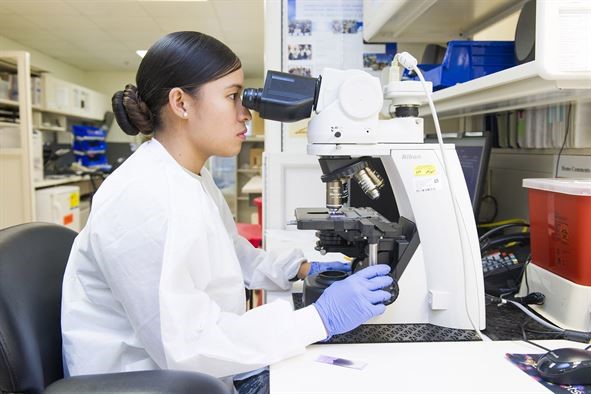 For a long time, animals have been used in the front lines of research. For decades, in lab around the world, biomedical scientists have relied on rabbits, rats, mice, pigs, dogs, and monkeys to develop drugs and treatments for human use.

These laboratory animals provide useful insights into the brain and the CNS too. Although animal substitutes are not an exact replica in biology of the human brain, theirs have a lot in common with the structure and functions of the human brains.

Scientists have been able to create a model of cell migration in the developing brain using ferrets; this would have been impossible with a human brain. However, this does not mean studying other sub species such as worms, rodents and other animals have not been instrumental to understanding the CNS.

Animal experiments have given scientists clues into the brain diseases and disorders such as depression, multiple sclerosis and Alzheimer’s disease. Primates like monkeys have also been valuable to research by assisting in the development of brain stimulation therapies for Parkinson’s disease, including neurologically-controlled prosthetics for amputated limbs.

Despite the high mortality rate, using animals for lab experiments requires plenty of thought and planning. Prior to any experiment, a research lab most demonstrate that it has all the qualified staff and facilities needed to care for the animals. Researchers must also prove that there is no current alternative to using the animals, and that the possible benefits to science greatly outweigh any potential adverse outcomes. In other words, the principle of the greater good.

Once an approval has been granted, the scientists must ensure that the animals are safe and healthy. Efforts should be made to ensure the right environmental conditions are attained for the animals. It is important to know that animals are protected by law. The Animal Welfare Act lists out certain rules every researcher must obey if they must use animals/

Despite all the concerns, non-animal alternatives such as computer modelling cannot always provide information needed for research. According to Juliano, computers are great research tools with many uses, however when studying complex structures like the formation of the cerebral cortex, it is a different thing entirely. “It is not possible to recreate a computer simulation that incorporates all the potential variables…at least, not yet,” she says.

Such studies deal with the complex relationship between the brain and body, and there is a need for a living breathing system.

Frequently asked questions about the use of animals in neurological research

Yes. Studies have given scientists more insight, and helped them design solutions for the breakthroughs in brain diseases such as multiple sclerosis, Alzheimer’s and depression. There are patients currently benefitting from this research.

In Europe, the Animal Use Committee proposes the use of 3 R’s; reduction of animals used, refinement of techniques to reduce pain, and replacement by non-animal substitutes such as computer modelling. A committee also vets every experiment before approving the use of animals.

If there are post-operative complications following an experiment such that the animal is unable to continue living normally, they will be effectively euthanised. In some cases, the brain will be removed for a microscopic study of the neurological outcome.

To find out more about the FAQs, please visit this page.